A new plane of existence has been created by a certain omniscient being. A parallel universe as such that so far can only be accessed by him. A doorway is left open

You are not connected. Please login or register 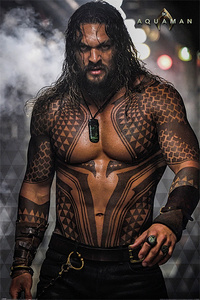 Name: Li Kuroda
Alias: ...
Age: 26 but is actually 20
Gender: Male
Status: Taken by Lilly
Kids: 3 Li Kuroda Jr, Alaric and Selene Kuroda.
Familiars: 5 dragons. Kuri a pitch black dragon and the biggest. That can change his size thanks to his collar. He also has the Alpha and Omega symbols on his forehead, Sprite a small limbless blue dragon with wings, Blue Lightning (yes she is blue) is the size of a pony and Artemis and Apollo twin dragons one pure white the other full black. Both look like Sprite.
Species: Demon Among Others...
Occupation: N/A

Height: 7'
Weight: N/A
Build: Muscular
Skin Color: Tanned
Eye Color: Glowing Electric Blue
Hair Color: Pitch Black
Piercings and tattoos: Wears black diamond earrings. Each stone holds the black flame Amaterasu. Has numerous tattoos. (Takes a breath) An overhead view of Kuri takes up his entire back. Right arm has the Alpha and Omega symbol merged together on upper bicep. Mark of Caine (a red scythe) inside on his lower arm near elbow. White rose with color changing tips and the stem spelling Isa below that. On the other side of his right arm boast a ying and yang tattoo of Artemis and Apollo. On his wrist has the names Renji Kuroda, Katara Kuroda, Isabella Kuroda, Li Kuroda Jr, Alaric Kuroda and Selene Kuroda in Russian. Left arm upper bicep has a dragon in the Omega symbol, family crest below that. Lower arm has a tattoo of Sprite wrapped around it ready to strike. Has rosary beads wrapping around his wrist with ending on the back of his left hand. A black dragon is tattooed around his ring finger. Has a tattoo of Blue that takes up majority of his right side.

But in this new form of his, his tattoos are almost non-existent thanks to the tribal tattoos that cover most of his body.
Current date/time is Sun Jan 26, 2020 9:50 am